Magazine Cover Of The Year! 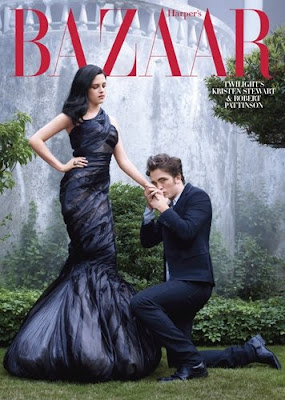 After being voted best vampire cover on Amazon.com, our December 2009 Twilight cover went on to win the American Society of Magazine Editors award for Magazine Cover of the Year! We couldn't be more thrilled — and we are so grateful to you, our readers, and everyone who voted.

And the New York Observer had this from the president of Hearst, which owns Harper's Bazaar:

Mr. Carey, president of Hearst's magazine division, said that he wasn't that surprised by the win. “I knew it had a good chance of winning because, for the last year or so, it’s been on the bulletin board of my 17-year-old daughter, who is a huge fan of Robert Pattinson,” he told the crowd.

Check out all that went into creating this award winning cover over at Harper's Bazaar. Congrats Rob and Kristen for that undeniable chemistry!