Can He Sell Sexy?.. Rob's Covers By The Numbers

After celebrating the news that Rob and Kristen's Harper's Bazaar cover was just named cover of the year, we came across a great new article that breaks down the numbers on some of our other favorite covers with Rob. 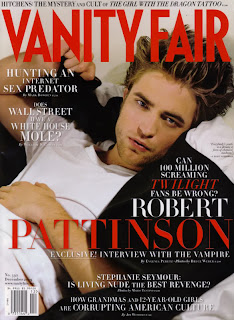 This dreamy December 2009 cover sold 405,000 copies, which will make any circulator’s heart start racing. According to ABC statistics, the average for the Jul/Dec 2009 period was 421,833, making this cover the second worst of their rate base period…4% below average. However, it sold a lot more than the December 2008 cover…27% more copies in fact…which featured a steamy Kate Winslet. I’m guessing Vanity Fair is quite happy with their Vampire cover’s performance. 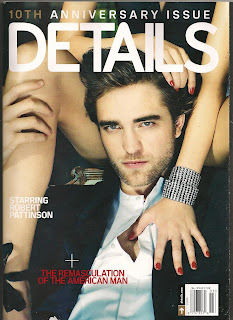 The best-selling issue from the Jan/Jun 2010 rate base period, this sexy cover sold 67,000 copies…33% more than their overall average for the statement. It also sold 14% more copies than the same time slot in 2009. I’m sure the 10th Anniversary sky bar didn’t hurt the sale either.


According to ASME copy, “Details wanted to, in the words of photographer Norman Jean Roy, transform Pattinson from “teen-idol vampire boy into a more adult version of himself.” To achieve that, creative director Rockwell Harwood decided to rent a gothic mansion outside of Los Angeles, hire several female models who were willing to spend an entire day naked and dress a 23-year-old British heartthrob in high-end designer clothing.”

Check out the rest of the covers mentioned and how they did at Masthead.