The UK's Film Distributors Association has listed April 22, 2011 as the date for a Water For Elephants release there. Keep in mind that could change, but it looks like UK fans won't be waiting more than a week or two after the U.S. premiere to see Jacob and Rosie on the big screen~ 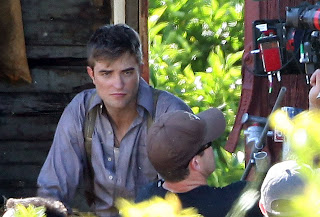 And while Water for Elephants is now in post-production, Breaking Dawn is just getting ready to roll. Director Bill Condon updated fans friday, on the team he is working with to make the last two Twilight series sequels a memorable experience. And looking at the names on his list, must say we are impressed.
Breaking Dawn filming will begin in Baton Rouge in the next few weeks, then move to Vancouver early next year.