Uma Thurman Talks About Her Daughter's Reaction When She Met Rob 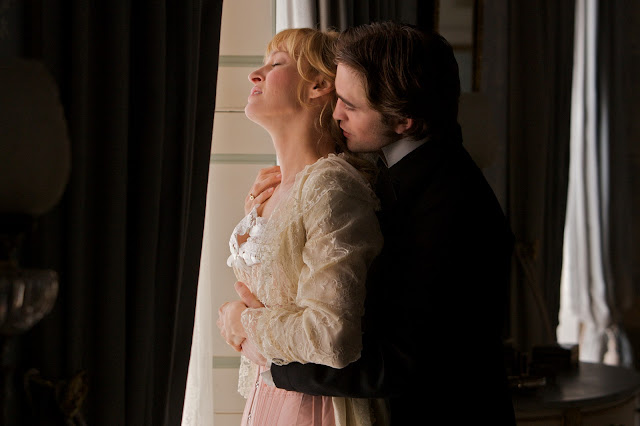 While we can't wait to see Uma Thurman play Rob's lover in Bel Ami, it's a different story for Thurman's daughter. Thurman mentioned a conversation between the two, while at the Abu Dhabi film festival last week:


Thurman's acting, however, has certainly gained her daughter's curiosity, especially when she's starring alongside some of Hollywood's up-and-coming young heartthrobs such as Twilight enigma Robert Pattinson and Michael Angarano.


"She asked me: ‘Why are you acting in movies with these young boys' and I replied: ‘Honey, at least I don't do it in real life'! My daughter met Robert [Pattinson] but she was so blasé about it," Thurman said.

There is much speculation about when and where Bel Ami will have its world premiere, but no official word as of yet. We'll keep you posted!