Christina Ricci Talks Bel Ami: "We Had Such A Good Time Together"

Christina Ricci was interviewed by Broadway.com recently, and inevitably the Rob question came up. 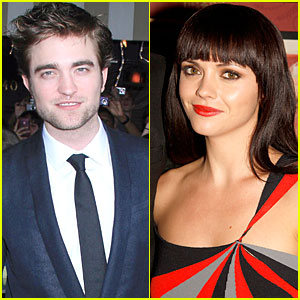 In addition to the play, you have several movies coming up, including one with Twilight hunk Robert Pattinson.

It’s a film adaptation of Guy de Maupassant’s Bel Ami, set in Victorian Paris, so we had gorgeous costumes and makeup and hair. It was such a luxurious movie to work on, and Rob is a sweetheart. We had such a good time together. I also have an Adam Sandler comedy, Born to Be a Star, coming out, which was a totally different world, with everyone trying to crack each other up and be silly.

Read the entire interview at Broadway.com.