EW Cover: Rob Among The 50 Most Powerful Entertainers of 2010 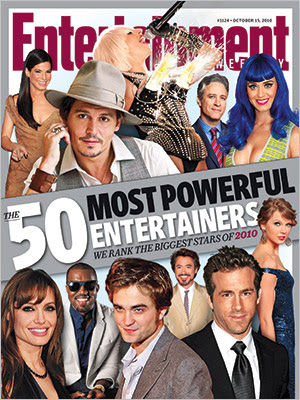 This week’s EW cover story brings back The Power List, our rankings of the most influential people in the entertainment business. We started doing these rankings way back in 1990 — when names like Arnold Schwarzenegger and Madonna were up high — and have come back to it from time to time in various forms (in 2007, it was The Smart List). This year, we’re freshening things up again, by focusing exclusively on on-screen talent — in other words, folks with recognizable faces only, no agents or studio suits need apply. As usual, we based our calculations on a formula that included both hard, crunchable numbers (box office grosses, TV viewers, albums sold) with less tangible factors, like a star’s influence within their industry or general command of the pop cultural stage. We’ve come up with some nifty new sidebars, too, such as EW’s first international edition of the Power List (take a bow, Golshifteh Farahani, the Julia Roberts of Iran!).

@epnebelle tells us in the overall list Rob is actually #45. She says the scan below where he's #5 is on a separate "40 Under 40" list. Either way congratulations Rob! 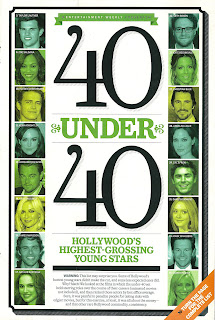 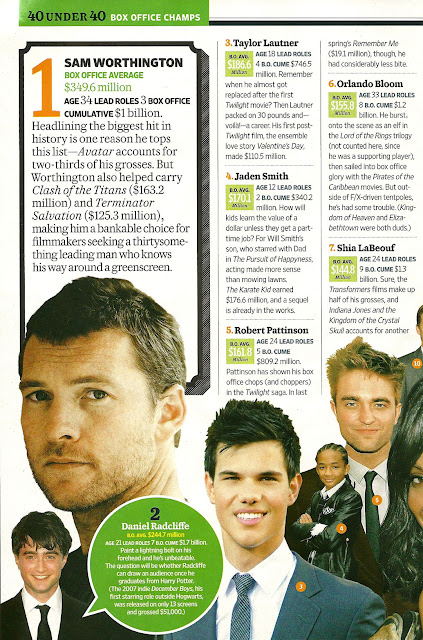 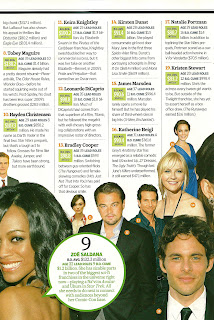 Read more over at PopWatch. The issue is on newstands now!