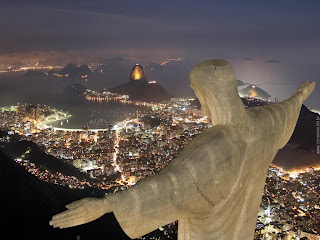 It looks like an announcement on whether Breaking Dawn will shoot in Brazil may be imminent according to the president of Rio Filme, who just tweeted this update tonight:


I think that soon the mayor Eduardo Paes will have good news for fans of the Twilight series. Now we need to handle the anxiety and hope.

Paes is the mayor of Rio de Janeiro, and the person who would likely break the news to the press. There's already reports of where the potential filming could be taking place. With weeks to go until the cameras start rolling in Louisiana, more concrete news is starting to stream in on a daily basis. 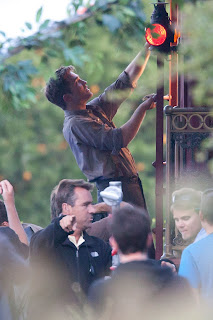 We also have an update on a possible Water for Elephants release date for Germany. Kino.de says the movie will open in that country on April, 14, 2011. Of course no official word yet.

And finally, The Herald Scotland is reporting that playwright Peter McDougall has written a screenplay that’s allegedly being considered by Rob:


McDougall has written a screenplay of James Hogg’s The Private Memoirs and Confessions of a Justified Sinner (Oxford World’s Classics).
“I’ve got Tommy Gormley, who’s directing in America now, (Star Trek, Independence Day) and people such as Patrick Doyle agreeing to do the music, and Connolly and Coltrane have agreed to put their names to it. It’s currently with Twilight star Robert Pattinson, and Kelly MacDonald, who are looking at it. If Pattinson agrees it should go ahead.”

You can learn more about the potential plot at Amazon. Keep you posted!