A Fan's Plea For Help

It's been five days since a devastating earthquake hit the nation of Haiti. Since then we've seen heartbreaking images of parents mourning their dead children, but also encouraging tales of families reunited when they thought all hope was lost. For one of Rob's fans, the outcome of what has been an urgent search is not yet clear. So while we discuss when Rob will make his next public appearance, or the latest Twilight movie trailer will be released, right now this member of our fan community is desperately hoping her prayers are answered.

My name is Dilia Oviedo. I'm from the Dominican Republic and currently in Barcelona, but I like a lot of Dominicans have friends in Haiti. At the moment of the earthquake I was talking to my mother through Skype. She felt the earth move and moments later it was the news heard throughout the world: a 7.0 earthquake had hit Haiti. After the earthquake went by and the aftershock started, my mother started calling her boyfriend in Haiti without being able to get through given that communications to Haiti at the time were impossible. My mother's boyfriend was safe. He was lucky enough that just 2 minutes before the earthquake hit, he had gotten out of his office building, which was destroyed killing the people inside. His mother was also not as lucky. She was killed when her house fell apart. At this moment we are still waiting for news on some of my brothers friends. The guys that are missing are Richardson Michel and the members of the Haitian reggae band Yizrael. 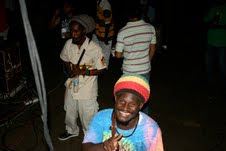 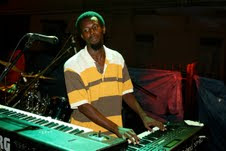 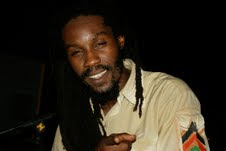 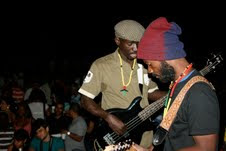 If anyone knows anything about their whereabouts, please contact me diliaoviedo@gmail.com.

We want to thank Dilia for sharing her story with other fans.

Here's a list of resources for Haiti relief compiled by National Public Radio.

"An individual has not started living until he can rise above the narrow confines of his individualistic concerns to the broader concerns of all humanity."

We are so proud to be part of a fan community that can put aside differences, to support Rob's projects. We can help break records at the box office, as well as crash web sites looking for information on the Twilight series. And we can definitely turn out for a red carpet premiere, camping out for days to get the best spot in the house.

Here's a list of verifiable places where you can donate.

Thanks for being such a caring fan community. 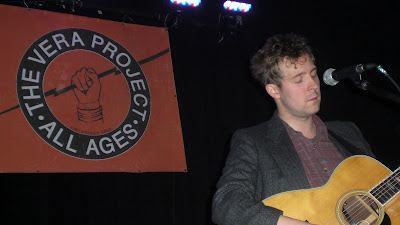 2009 was a busy year for up-and-coming musician Marcus Foster. We caught up with him in Seattle a few weeks ago, towards the end of the second leg of his U.S. tour. As 2010 rolls in, it promises to bring more road trips for Foster, who is preparing to record an album. But first comes Austin, TX. In March Foster will perform at SXSW, a place to get noticed by the U.S. music industry. He talked about his trip to Austin and his future plans, when he sat down with us after performing at Seattle's Vera Project. Our chat involved some headbanging (him), and a brief interruption when the interview went too long (us).


Foster's EP includes fan favorites "Kiss is a Knife," and "14 Times." It's available for sale on i-Tunes. You can also keep in touch with him and learn about upcoming shows by visiting his MySpace page. Finally, you can follow him on twitter at @marcusfoster1.

Here's a bit of his performance in Seattle.

Our resolution (that we hope not to break), is to bring you more original content in 2010. So we want to get it going with a preview of what's happening this week in the world of Rob news and 'Twilight'.

But first in case you missed it, a look at the big New Year celebration in London. We know Rob wasn't exactly there when the clock struck midnight, but this is our way to get the year off to a great start.


We're all in agreement that Rob is the "Hottie of the Year" right? So don't let New York's z100 radio station, hand that title over to Zac Efron. He's leading in the poll that closes in just a few hours, so vote one more time (or ten), for Rob. Let's get him that win!

Next up, The People's Choice Awards. They will be handed out Wednesday in Los Angeles.
Rob, New Moon, and other cast are nominated. The only ones confirmed to attend are Taylor and Kellan. Tune in Wednesday or follow us on twitter for updates.

Finally, and most importantly.. we are also keeping track of David Slade's shenanigans on twitter. We have a feeling (told by 'Twilight' whisperer), there's definitely an 'Eclipse' surprise on the way. So we are on #giftalert2010 until it happens.

Like always if you have comments, complaints, or suggestions, reply or direct message us on twitter. You can also leave us your feedback on the comments section of our posts, or send us a message via our YouTube channel. And while you're at it subscribe!, we have a lot of things planned for 2010, and hope you'll come along for the ride.
5 comments: Links to this post