'Water For Elephants' Extra Shares Experience Of Working With Rob

Tommy Lukasewicz had the chance to be part of Water for Elephants after he was cast as a Roustabout. He shared his experience with waterforelephantsfilm.com:


The cast on this film was A+. The young man we all know from the Twilight series, Robert Pattinson was spot on during every single emotion that was captured on camera. He is a truly talented individual and an all around nice guy.

Read what else he had to say about the cast and working on the film :) 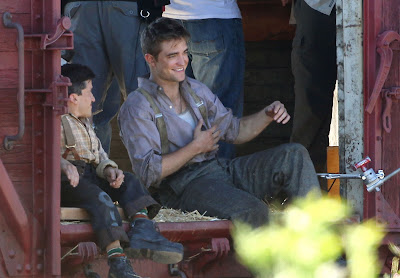 Email ThisBlogThis!Share to TwitterShare to FacebookShare to Pinterest
Labels: Co-stars, Water For Elephants