It's been an exciting week as cameras get ready to roll on the last two installments of the Twilight series. With filming set to begin in Louisiana in a few weeks, today Summit confirmed who has been cast as the Denali Coven in Breaking Dawn. The Hollywood Reporter has a bit more. The official word comes after Entertainment Weekly broke the news on who will be playing Edward and Bella's child in the movie. All we care about is that this is the vamp who has the hots for Edward.. meet Tanya. 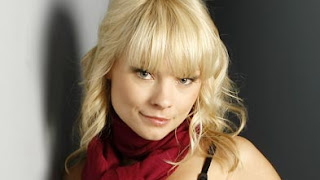 On the Bel Ami front, one of the movie's fan blogs got Protagonist Pictures to admit that they still don't have a distribution deal for the U.S. plus a few other facts. Check their post for the rest of the scoop. We'll stay on top of Rob's projects for you!