We Love Edward, But Hope Michael Sheen Is Wrong

Hollywood Life caught up with Michael Sheen in New York, and when they asked him about Rob, what he said frankly bothered us a little:

“I think Robert has been very clever in the way that he has tried to branch out and do lots of other different things,” Michael says. “Rob has been trying to do that while he’s been doing the Twilight series and all but I think it’s going to take a long time. I think he’ll always be Edward [Cullen] for a whole generation or maybe a few generations of people and it will be difficult to get away from that. But he seems to have a good head on his shoulders.” 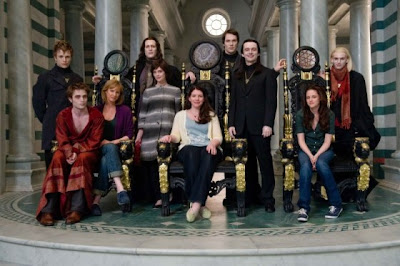 Difficult to get away from that?.. we certainly hope not. Don't get us wrong we love Edward, but we hope Rob is able to be seen as more than the "sparkly vampire" simply because he's much more than that.

Read the rest at Hollywood Life.