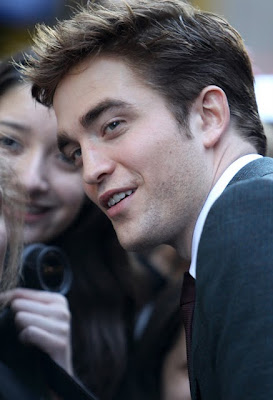 The New Zealand Herald had a chance to sit down with Rob prior to the release of Water for Elephants, and what followed was a refreshing interview with a genuine feel of what Rob is all about.

On the Breaking Dawn birth scene:

"It was insane, intense," he says of the scene, explaining that Edward can either lose Bella or give her a bite and thus immortality. "It was a pretty traumatic scene for me to do as an actor and, frankly, horrible for me emotionally. Edward has tried for so long not to turn Bella into a vampire and now ... well, it's very sad. He feels like he has let her down."

About his modeling days:

"I was a terrible model," he says. "I hated having to be skinny enough to be one of those little waif guys and I wasn't a beefy, gym guy either," he said. "So I was stuck between the two types and I never got any jobs."

"I'm really enjoying looking after him and he'll come everywhere with me now, wherever possible."

Read the entire interview at the New Zealand Herald. You don't want to miss it!