No Team Edward Endorsement From Billy!

Billy Burke just talked to Twilightish about the end of the Twilight series.. but you'll never get him to admit what team he's really on:

Twilightish: Were you ever Team Jacob? Or do you think Charlie would have chosen Edward between the two?

Billy: I have never played that game. I suppose had I ever read the books I may have had a stronger opinion, but I just don't care. Sorry!! It's not my thing. I think Taylor and Rob are great guys but I don't get into the fantasy world of picking a favorite boy character. 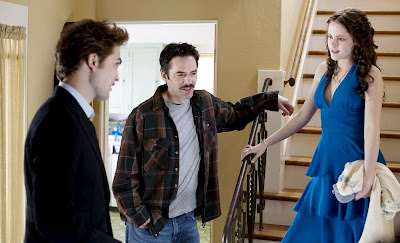 Read the rest (and he shares lots of cool details) at Twilightish.