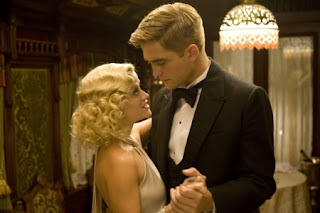 Apart from two late 2010 releases, Oscar winners The King's Speech and Black Swan, 2011 moviegoers continue to ignore dramas about human relationships. At no. 20, Francis Lawrence's Water for Elephants, starring Reese Witherspoon, Robert Pattinson, and Christoph Waltz is the sole drama — outside the action/thriller/horror genres — among the year's top 25 releases.

Read the rest at their site.