Warner Going Back To Rob For Akira? 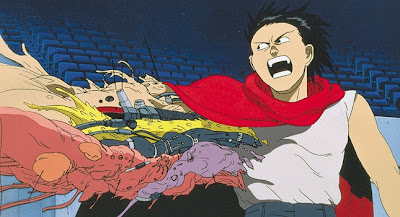 That's the latest according to Deadline:

As for Akira, the intention of the studio is to keep the picture on a fast track, which means they will find a director quickly. The studio has been wrestling with the approach on the film for the past year. Last March, Warner Bros put together a short list of up and coming actors after getting a strong rewrite by Steve Kloves that set the film in a rebuilt New Manhattan, where a leader of a biker gang saves his friend from a medical experiment. At the time, Robert Pattinson, Andrew Garfield and James McAvoy were given the script for the role of Tetsuo, and Garrett Hedlund, Michael Fassbender, Chris Pine, Justin Timberlake and Joaquin Phoenix were courted for Kaneda. The two leads were expected to come from that group of actors. Then, the studio had a change of heart and given the budget, wanted to have an established box office star in the movie. That led to a flirtation with Keanu Reeves that ended recently.

Warner Bros is back to the other plan, and will likely go back to that list of actors in hopes of making the picture later this year or early next.

Read about the departure of the film's director at Deadline. We actually really liked this project for Rob, since it would be so different from anything we've seen him do in the past. But given his answer to MTV about his potential involvement in the film, we'll just have to wait and see.