The Aww Moment Of The Week.. If It's True 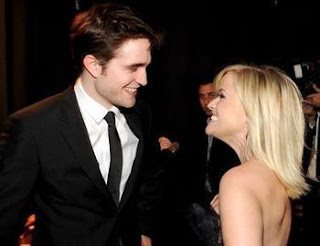 The following story was reportedly published by the National Enquirer. Having said that.. we hope it's true :)


Robert Pattinson has sent Reese Witherspoon some glow-in-the-dark exercise clothes.
The British actor was concerned after hearing his 'Water For Elephants' co-star had been hit by a car while out jogging, so splashed out on a special gift to ensure she doesn't suffer the same fate again.
The parcel contained reflective vests, wrist bands, tennis shoes and a hat - all of which were designed by Stella McCartney - and was sent to the actress' house along with a note wishing her a speedy recovery.
A source told National Enquirer magazine: "Reese was very touched by Rob's gesture.


Read the rest at the source.