Paris & Brussels Promo: What You Need To Know 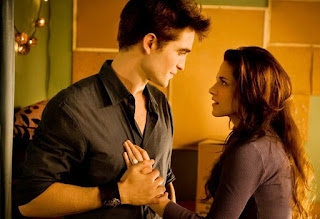 With Rob getting ready to head overseas to begin promoting Breaking Dawn there Sunday, we have a breakdown of the reported schedule so you'll know how early to attend/get up to watch/not leave your computer's side. Keep in mind the following is all translated by Google, so there could be some discrepancies down the line.

Robert Pattinson and Ashley Greene will be in Paris for Breaking Dawn promotion on October 23rd and 24th. October 23rd from 6 to 7PM (local time) a fan event with the actors will be held at Gaumont Opéra Capucines.

1 ► A red carpet will be set up to accommodate the actors.

2 ► Monday, October 24th will be the day dedicated to promoting the film in the media, more details and TV schedules next week.

3 ► In theory all the fans in the room on the day of the fan event can ask questions to Robert Pattinson Ashley Greene. However, the actors' time allowed is limited by their agents: the fan event will last 1 hour (red carpet included).

5 ► Outside the theater: The actors lend the game a priori dedications and photos on the red carpet (but this will be confirmed at the last minute in accordance with the actors' agents).
Inside the theater: Unfortunately there is no time for autographs.

6 ► For the goodies, it will be a surprise! However, there is nothing for sale in the film.

- 5 questions come from facebook for those who have not had a chance to win a seat and other questions will be asked by the audience.

- The program for the 24/10 and the presence of actors in the media is coming by the weekend.


(If available to watch, we'll link you).


According to "L’Essentiel" and "Utopolis" contest to win tickets to the Brussels fan event, Rob and Ashley will arrive at the event at 6:30PM (local time) and answer fan questions at 7PM (local time) on October 26th.


"Essentials" and "Utopolis" send you and two of your friends to Brussels on October 26, 2011 to meet the stars of Twilight (transport and hotel included)!

Be one of the lucky few who can meet Robert Pattinson and Ashley Greene on the occasion of the release of the first part of the fourth part of "Twilight" at the special fan event!

To win, send TWILIGHT followed by your name and address to 64646. €1 per SMS + shipping. Service only available from a mobile number Luxembourg.

Program of the day October 26th:

From Luxembourg by train. destination Brussels
6PM: Entering accredited in the conference room
630PM: Arrival of the stars on the red carpet
7PM: Questions/discussion with press and fan + exclusive viewing of two clips from the fourth movie of the saga
730PM: Showing of the third component.

Accommodation in a triple room in a hotel, breakfast included. Return by train to Luxembourg October 27, 2011.

More details as we get them!