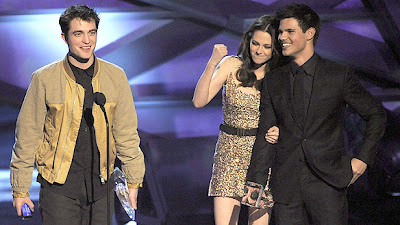 Organizers for The People's Choice today released their initial list of categories that will lead to nominations for the awards in January (Twilight won big last year). Vote for Rob in the following categories, and let's get that ball rolling!

FYI: their site was running a little slow (overwhelmed/not available for some categories) - Keep trying!