LoveTheStew was at the Paris Breaking Dawn event, and in addition to keeping us all informed on twitter while it was going on, she also shared a cute story about a gift she gave Rob: 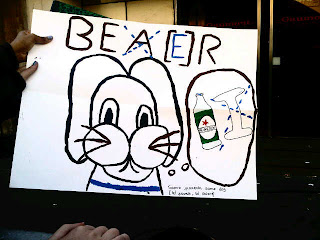 A poster where it was written " for Bear, Kristen and the english boyfriend" and he LAUGHED so  much! 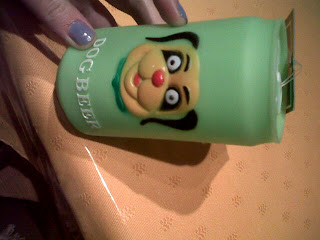 AND: we gave him this which is a toy for dog

And he said " awwwww thank you so much" a million time and he made sure i had an autograph and i asked for a pic and he told me "of course!"

And before he left he said thank you so much again. He laughed so much when he read " for the english boyfriend"

In the poster we replaced Bear's name by beer and in a bubble we put a beer instead of a bone. So we gave him the "beer dog" toy.

He was incredibly happy :)


Check out everything else out of Paris so far!