UPDATE: Summit has announced all the dates, locations, and what members of the cast will be part of the concert tour! READ ON. 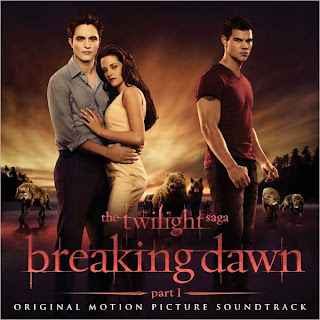 The Hollywood Reporter and MTV had the big exclusives today, when it came to the Breaking Dawn Part 1 soundtrack.


First off, MTV will air a first look at the video for the Bruno Mars track 'It Will Rain,' during a special next Wednesday, October 26th. The best part? it will include a new Breaking Dawn clip. Learn more about the special at MTV, and if you live in New York you could even get a chance to attend the event.

The big scoop from the Hollywood Reporter, was that some members of the cast will join some of the bands from the soundtrack in a promo tour across the country (Nov. 7-11):

Exactly which Twilight characters will appear in the flesh has yet to be revealed, but the mini-tour kicks off in Atlanta and will travel to concert venues in Chicago, Dallas, San Francisco and Salt Lake City. Singer Christina Perri (slated to play three dates), Aqualung & Lucy Schwartz andSleeping At Last (booked for other two dates) will each perform a brief set including the song they contributed to the movie’s soundtrack.

Read the rest at The Hollywood Reporter, including what inspired Perri to write 'A Thousand Years,' and why she's excited to hit the road.

More details as we get them!