Robert Pattinson On Oprah? We Can Only Hope 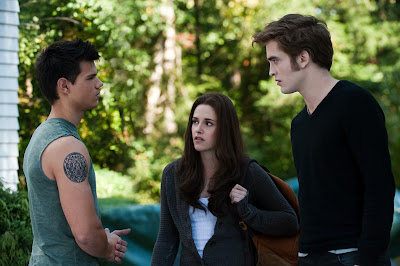 We sense a secret, that's not staying secret that much longer. Summit announced via its @Twilight twitter, that the last 'Eclipse' trailer will premiere on Oprah next Friday, April 23. So here's the next question, who is presenting it?

With 'Eclipse' pick up shots, a new movie on the way, and oh let's not forget about the volcanic ash, it seems like a tight schedule has gotten tighter for Rob. However, it IS Oprah's last season. And can't imagine anyone else more suitable to sit, and let's hope not jump on that couch a-la-Tom Cruise than Rob. We shall see!

Have a feeling getting into an already hard show to get into, just got a lot harder even without Rob there. If anyone is going, please let us know! Of course we'll have a play by play on our twitter page, as the info starts to trickle in.

Summit also promises some kind of fan interaction with members of the cast after the show:

"And visit our social networks after to chat live with surprise guests from the cast! More details to come"

So much to take in.. looks like promo time is ready to roll! and to get us ready for the big day.. here's the first 'Eclipse' trailer. What do you expect/hope will be in the second one? leave your comment!