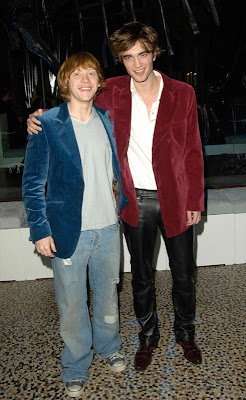 Two of Rob's co-stars in two big franchises have mentioned the allure of being Rob, while at the same time saying it's not for them:

Rupert Grint, who worked with Rob in 'Harry Potter & the Goblet of Fire' had this to say in an interview with The Independent:

Another reason he's arguably grateful for his red hair is that it hasn't quite turned him into a teen sensation. While his face doubtless adorns many a teenage girl's wall, he doesn't really suffer from the hysteria that greets Twilight star Robert Pattinson – just two years older than Grint – wherever he goes.

"I get recognised occasionally but nothing like that," he says. "It's crazy. You just can't really go anywhere. I've got a much more manageable existence. Must be pretty..." He stops for a second, imagining such an intrusion into his life. "It's just come from nowhere [for him]. It's such a quick thing. Good luck to him."

Over in the 'Twilight' world, Alex Meraz just mentioned Rob while talking to an Australian newspaper: 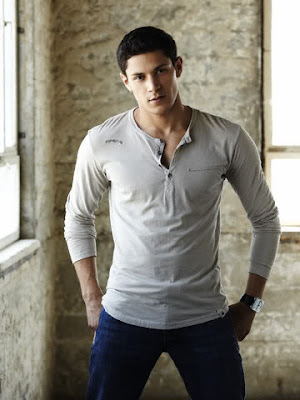 But despite the fansites, wiki-entries, hype and teen-screamers, Meraz is more than happy to leave the hysteria frontline action to Twilight's pasty Brit heart throb Robert Pattinson, who plays the 104-year-old Edward Cullen.

"Rob's much better at it than I am," says Meraz. "While it's all very flattering, it's not something that I'd like to experience every day."