Meet Szabolcs Eszes. In case you haven't heard of him, "Szabi" was Rob's double while he filmed 'Bel Ami' in Budapest earlier this month. He gave an interview on Hungarian TV where he mentioned Rob, and @alexandra1116 was kind enough to translate.

According to Alexandra, during the interview Szabi also said he doesn't want to be seen as a "mini Robert Pattinson" forever. Hmm. Here's a tip.. don't dress like Edward every time you are in public. That may help.. 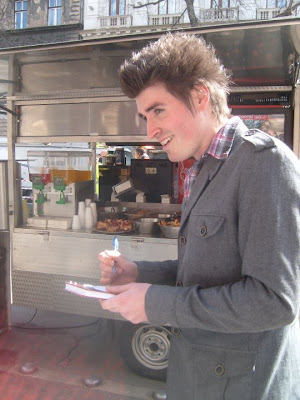