'Water For Elephants' Author Talks About Working With Robert Pattinson

As you probably know by now, Rob's headed back to LA next month, to begin work on his next project Water For Elephants. The movie is an adaptation of the book written by novelist Sara Gruen. Early next week, Gruen will be in Syracuse, New York to give a lecture. She gave a preview to syracuse.com, and shared her thoughts on Water For Elephants becoming a movie. She also mentioned  her cameo in the film a la Stephenie Meyer, plus what she thinks of Rob playing the lead character 'Jacob' in the film, alongside Oscar winners Reese Witherspoon, and Christoph Waltz. Read on! 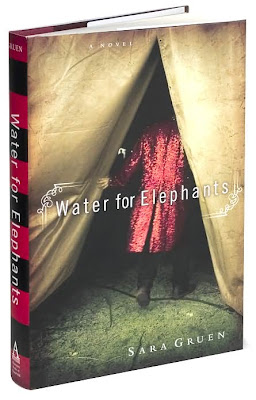 Were you poking yourself when “Water for Elephants” was contracted to become a movie, and when some little actors by the names of Robert Pattinson and Reese Witherspoon agreed to be in it?


I have to stop and pause and knock on wood right now. The closer it comes to being real, the more superstitious I get. It’s Hollywood. It can all go poof, still. Things are looking as good as they can.


Are you involved with the project at all?


They’re letting us have the whole family in it as a cameo. I think we’re all going to be on in the midway or something. My kids are really excited about that, and I am, too, because that sounds like so much fun. I asked (the producers), and they said sure. So we’ll be in the background in a restaurant or on the midway and be a fast thing (on screen), but we’ll know where it is and the kids will be excited.


What do the three kids think now about mom’s career? Did the cinema thing raise your stature in their eyes?


No. I think the Robert Pattinson thing raised the stature of my oldest child in the school because all the girls are crazy about him. My 9-year-old asks me every time I get back from a book signing if I wrote a new book. He thinks I write a book a day. He has no concept of what I do.

I have read Water For Elephants, and highly recommend you do too. You are going to love Rob's character 'Jacob', from beginning to end. Its film adaptation is being directed by Francis Lawrence (@Hibbits), and it has Oscar nomination written all over it. And make sure you are following @WFEFilm & @H2OforElephants both dedicated to the film. Of course we'll also keep you updated on the very latest, as film production gets underway at the end of May.