Memo To Courtney: Why She Shouldn't Rule Out Robert Pattinson 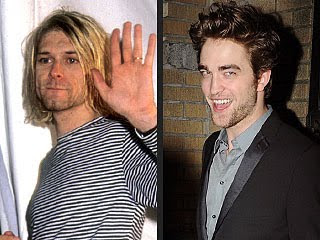 While we don't even know if Rob would have been interested in the role of Kurt Cobain for a new biopic in the works, when the rumors hit that he was set to play him, the world definitely took notice. That included Cobain's wife Courtney Love, who basically said thanks but no thanks to casting Rob as the lead role. Now we hear from one writer who brilliantly points out why Love may want to take a second look at Rob, and the surprises he may hold in store:

So Pattinson is obviously willing to stretch and prove that there’s more to him than Edward Cullen. In the early ’90s, when Jamie Foxx was playing the fool on the skitcom In Living Colour, who would have thought that a little more than a decade later, he’d be accepting an Oscar — and pretty much every other accolade Hollywood has to offer — for perfectly embodying the spirit of the late, great Ray Charles in Ray?

It could happen for Pattinson as Cobain, too, if only someone would give him the chance.