Daniel Cudmore was in Australia for a Twilight convention this past weekend. He spoke to The Daily Telegraph, about the pivotal fight scene he did with Rob for New Moon. 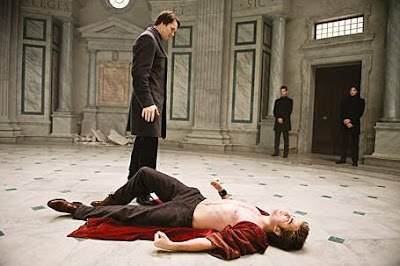 The physical role included a fight scene with Robert Pattinson, who plays Edward.


Pattinson is a heartthrob to Twilight fans the world over, but Cudmore said the handsome actor was keen to do as much of his own stunt work as possible.


"He was nervous at first, because he was like, `you know I'm not the most athletic guy out there, I don't think I'm going to be able to do this'.


"After rehearsing for a few hours he was really, really having a good time with it. He had a blast."