Cosmopolis Promo In Canada: Rob To Appear On Strombo 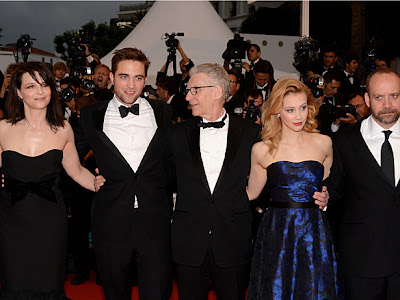 Strombo has just announced that the cast of Cosmopolis and its director will be on the show next week:

All right, this is exciting: 'Cosmopolis' just premiered at Cannes, and now we've got the director and cast of David Cronenberg's latest in the studio. David himself, Robert Pattinson, Paul Giamatti, and Toronto's rising star Sarah Gadon will all be in the red chair.
The show airs next Thursday, June 7th, a day before the film is released in Canadian theaters. We'll post the details and videos as soon as they're in.