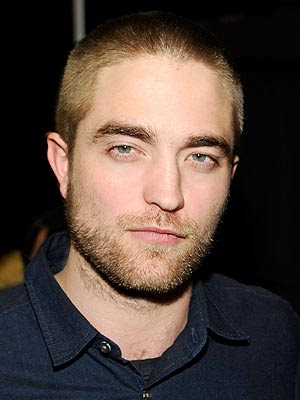 Just a day after the news broke that Rob will be doing Mission: Blacklist, Premiere has a new interview where he talks about the project.

Thanks to Robsessed for the link and rough translation:


Robert Pattinson, who may surprise more than one in three weeks when Cosmopolis will be presented at Cannes, is not visibly stopping there. In a shift to "adult" movies the Twilight star will continue with Mission: Blacklist, the new film by Jean-Stéphane Sauvaire, the 2008 director of the impressive Johnny Mad Dog.
A thriller based on the book by Eric Maddox, the military interrogator who was the brains of the operation that led to the capture of Saddam Hussein in December 2003. Erik Jendresen, writer of the series Band of Brothers, was responsible for adapting. Shooting is scheduled to begin in the fall.

"We are going to scout locations in Iraq soon"

"As director Jean-Stéphane Sauvaire normally does not work with professional actors, I thought I had no hope of getting the part says Rob [to the journalist of Première].But we met several times and we got on really well together. Sauvaire has found a very exciting way of filming this. It’s strange, as it is a war film, but it’s shown mainly though the military interrogations done by Maddox. Language and the barriers it may create play a very important part. The focus is mainly on the real-life story of this military interrogator, Eric Maddox, who will soon come with us to Iraq to do a series of location scoutings."

Rob goes on : The director, Sauvaire, is really an astonishing person. He’s got a gift for meeting
people. He thus met and spent some time talking with the Iraqi Minister for Culture, quite by chance. He also bumped into a guy who was one of the former leaders of the Hussein clan and who had been very close to Saddam. I asked Sauvaire, ‘But how do you do it to get to know a guy like that?’ and it turned out that Sauvaire had just bumped across the guy in a bar in Paris! . After Johnny Mad Dog, an ultra-violent film which immersed the viewer directly into the day today life of African child-soldiers, and which was shot in Liberia, Sauvaire seems to have found an ideal theme for his explosive vision.

Johnny Mad Dog was an extremely strong film, which had all the value of a real documentary, while having a great cinematic quality , says Rob, enthusing over the film. I’m so eager to start working with Sauvaire
on Mission: Blacklist. It’s going to be a f**g great film.