Maps To The Stars: Details About LA Shoot, Script 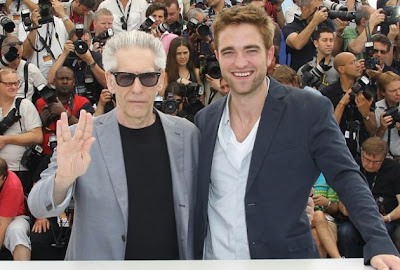 Director David Cronenberg spoke with The Playlist at Cannes about his next project involving Rob called Map to the Stars:

"I asked Rob if he would be interested in playing a particular role in it and he said yes, he would. Likewise,Viggo [Mortensen] is interested in a role," Cronenberg said. "It would be very interesting. This is a project called 'Map To The Stars' written by Bruce Wagner who is a wonderful L.A. screenwriter."

Cronenberg talks about what could delay the project, mainly difficulty in funding, and shares what you can expect from the story. Read it all at The Playlist.

Email ThisBlogThis!Share to TwitterShare to FacebookShare to Pinterest
Labels: All About Rob, David Cronenberg, Projects