Cosmopolis Promo: "I Want To Be Recognized At Cannes" 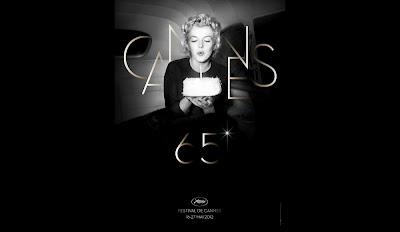 Rob has been busy promoting Cosmopolis, and we have several new interviews with him. He talked to The Associated Press about his expectations as he gets ready to head to Cannes:

"When you fantasize about how the world views you as an actor, you're like, 'I want to be recognized at Cannes,'" says Pattinson, who has drawn high compliments from his director, Cronenberg, for his performance in "Cosmopolis."

Pattinson has previously been to Cannes to promote the "Twilight" film "New Moon" in 2009, but he's clearly thrilled to be a part of the main slate. 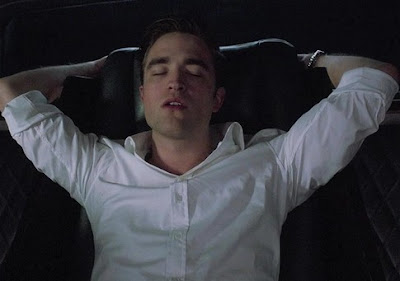 
Robert Pattinson, 26, stars as a Wall Street banker in David Cronenberg's Cosmopolis, shot primarily in the back of his character's giant white limousine — where Pattinson's banker has a tryst with 48-year-old French actress Juliette Binoche. Pattinson then does Efron one better.

"There's a scene where I'm seducing (another woman) naked, while having a prostate exam in the back of a limousine. People don't really see that very often in movies," Pattinson says with a laugh. "You do what you can to surprise people."

The red carpet lineup also will feature Twilight's golden couple, Pattinson and Kristen Stewart. This time they are going head-to-head, with Stewart starring in the competition film On the Road.

But for these two weeks, it's not all about winning the contest, but enjoying the glitz in the South of France.

"There is really something glamorous about Cannes," Pattinson says. "It's the bow ties and the way the festival holds onto the glamour. People really make an effort."

This is Premiere's interview with David Cronenberg where he mentions Rob

Premiere: What made you go back to Cannes with Cosmopolis?

David Cronenberg: The festival and I have a long history. In a sense I have the feeling of coming home. I think it is an ideal film for Cannes and I'm excited about the idea of having ​​Rob with me.

Q: Today it is impossible to imagine someone for this part. However, you offered it before to Colin Farrell ...

DC: When Colin left the project to film the remake of Total Recall, it made me rethink everything. Anyway he was too old for the part: he's 35 and I wanted to be faithful to the book, it was necessary to have 25 year old actor. Then I started to check all the actors of that age and that's how I thought of Rob. I had seen him in Twilight, of course, but nothing he had done so far really predisposed him to act in Cosmopolis. Even tho you choose an actor by the perceived potential you see in him and not by his resume. And the more I thought aout it, the more I liked the idea.

Q: Did he went through an audition?

DC: No. We talked a lot on the phone. Rob is not one of those people with a big ego. He really wanted to make the movie, but seriously wondered if he could. It was his only concern. He said "do you really think I'm good enough to play this part? I'm afraid to ruin your movie." I told him that this conversation more than convinced me that he was perfect for Cosmopolis.

Q: It's hard to imagine you watching Twilight. Have you seen all four movies?

Q: The saga has made him a star, but has also created an absurd situation: people who have not seen him act shout that he is an idol for young girls, and lacking any talent.

DC: This reflects the world we live in today, where the Internet, among other things, promotes this kind of hasty and dangerous judgement. I ignore them and try to see beyond. The advantage is that Rob's fans are waiting for the moment when he will show everyone that he is able to exist beyond Twilight. And if they're all going to see Cosmopolis, I don't worry about the future of the film.

Q: How did the other actors react when you told them that Robert Pattinson would have the lead role?

DC: Paul Giamatti, who was one of the first actors to join the cast, thought it was a brilliant idea. I'm not sure if Juliette Binoche could have weighed the popularity of Rob when she signed for the film, but none of them expressed doubt or contempt about him. Nobody told me: "What the hell were you thinking when you hired the guy from Twilight?" Quite the contrary. In fact, I caught Rob and Juliette having very deep conversations about French cinema. They got along really well.

Q: Do you have in mind a particular scene in which he has impressed you.

DC: By the end of the shoot, he was so into his role that we would only do one or two takes per shot. And he surprised every time by the way he managed to secure all the emotions that were at stake. He was completely impregnated with the loneliness and pain of the character. Because we shot the film more or less in chronological order, the final scene we shot was the last. And I just needed to do one take because of how perfect Rob and Paul were. When I said "cut" all crew members looked stunned by what had just happened.

Q: Seeing Robert Pattinson in the movie, you immediately think of Johnny Depp and Brad Pitt, who were teen idols before they could really show their potential when directed by Tim Burton and David Fincher ...

DC: Some actors become stars thanks to their pretty faces and a charisma that comes off well on the screen. At first, they're rarely offered the opportunity to show more than that. But it happens that they only have this to show... With Cosmopolis I was proud to give Rob a chance to prove the ability of his talent. If he does well, I see him having, with no difficulty, a career like Johnny Depp's or Brad Pitt's. Or maybe even better.

Io Donna: Robert Pattinson, who is the lead in Cosmopolis, is a global icon, a living image of beauty and youth. A perfect choice.

Juliette: I met Robert for the first time on set. I must admit that I had not seen his films. And I found in him a fierce passion for cinema, he knows the cinema much better than me. It was lovely and fun to work with him, he's a man who's very ambitious to produce and direct his films one day.

Cronenberg and Don DeLillo talks Cosmopolis and Rob (via)

Le Monde: This way of perceiving a script can suprise coming from an author so versed in genre movies?David Cronenberg: It is often thought that the cinema is a visual art. I think that for me, it's a more complicated combination. For me, the heart of cinema is a face that talks. It's what we film the most. I heard someone say that the last 22 minutes of the movie - where's there is only Paul Giamatti and Robert Pattinson in a room - is like theater. I don't think so. In a play, you woudln't have wide shots, movements from the camera, change of lighting. This is cinema. Without close-ups, there's no cinema.[...]Le Monde: And Robert Pattinson?DonDeLillo: The character he plays is really close to the one in the book. I haven't seen Twilight, but I impressed my two 13 years old nieces when I told them the British Robert Pattinson was going to play in a movie adapted from one of my books. They respect me now!David Cronenberg: Casting is an occult art. It's a matter of intuition. There's objectives factors tho. The character is 28, he's american. We needed someone who would look that age and that could do a perfect American accent. The movie is partnership between France and Canada. Also, I could only use one American actor and for me, it was Paul Giamatti. I could get an English actor though.Then of course, there's the presence of the actor, he has to be able to portray a complex, crual, brutal and almost vulgar character in a way. He has to be really sophisticated and vulnerable at the same time, naiive and childish. If only to make people believe that he's capable of accomplishing so much, he needs strength and charisma. Moreover, he's in every scene. It doesn't mean he has to be handsome bu he has to be nice enough to look at for an hour and a half. And to finish, he needs to have some kind of notoriety. When a movie cost some kind of budget, you need to be able to tease your financial partners. And with all these restrictions, the list of actors you need, gets shorter. I thought about Rob pretty early on.

The buzz around the film is great as the festival gets ready to kick off this week. Deadline Hollywood calls David Cronenberg "a force to be reckoned with" and Cosmopolis tops the list as the most buzzed about film on Facebook and twitter according to Premiere France. Plus read why Total Film named Cosmopolis their #1 pick and The Daily Beast gives it two thumbs up. As for when we'll get to watch the film in the US? - The Playlist says it has a rumored release date of August.