Rob's Next Project With Scarlett Johansson? 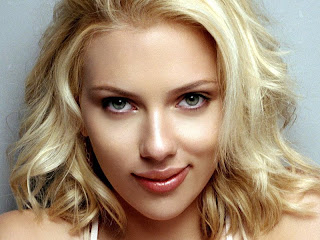 In a recent interview Rob mentioned he had more than a few projects coming down the pipeline. We know he's confirmed for Mission: Blacklist, and he's a pretty sure bet for The Rover. Now there's word he could be doing something with Scarlett Johansson. The news came to light in an article that talks about producer Michael Benaroya:

IMDb Pro says filming is set to begin this Spring, but lists the project as still in development. Here's the summary:

A Manhattan-set story centered around people who receive hate mail and the subsequent effects on their relationships.

Variety wrote about the project back in 2011, mainly about those putting it together:

Writing-directing team Ryan Fleck and Anna Boden, who became darlings of the indie scene following "Half Nelson" and "Sugar," have set their next picture, a drama titled "Hate Mail."

Project will be fully financed by Wayfare Entertainment, which previously produced Fleck and Boden's adaptation of Ned Vizzini's novel "It's Kind of a Funny Story."

"Hate Mail" will feature interweaving stories about several Manhattanites who encounter various iterations of hate mail and grapple with the subsequent fallout of their relationships.

Project reunites the filmmakers with a quartet of past collaborators, as Jamie Patricof will produce through his Hunting Lane Films banner, while Paul Mezey will produce via his Journeyman Pictures shingle. Wayfare's Ben Browning and Jeremy Kipp Walker will also produce.

Mezey previously produced "Sugar" and exec produced "Half Nelson," while Patricof produced both of those films.

Fleck and Boden came on Hollywood's radar with their short film "Gowanus, Brooklyn," which bowed at Sundance in 2004 before the duo expanded the story to feature-length with "Half Nelson." The duo have multiple Indie Spirit Award nominations and Fleck was named one of Variety's 10 Directors to Watch in 2006.

We'll see if this one can be confirmed. Such an exciting time if you're a fan of Rob!

Thanks for the tip RobertDazzlesMe.

Email ThisBlogThis!Share to TwitterShare to FacebookShare to Pinterest
Labels: All About Rob, Projects, Rumors