Back To Square One: Could Berlin Host The 'Bel Ami' Premiere? 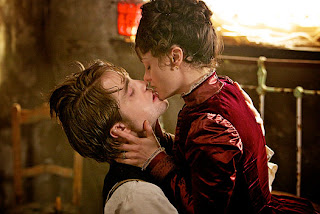 We had our bags packed for Toronto, but Berlin sounds just as good. According to The Playlist, the next place we can maybe/sorta/desperately hope Bel Ami premieres at, is the international film festival that city hosts in February:

From what we hear, the producers are aiming for a Berlin Film Festival premiere in 2012 and it might be a while later before it hits theaters as the film is still without a distributor.

"The film is still without a distributor".. big sigh. Like every news bit on Bel Ami, take it with a grain of salt until we get official confirmation on.. anything. From all of Rob's characters, of course it had to be Georges who kept us girls pining for him. True to form.

Email ThisBlogThis!Share to TwitterShare to FacebookShare to Pinterest
Labels: All About Rob, Bel Ami, News