No Rob Yet.. But Other 'Twilight' Musicians Showcased In New Blu-Ray

In an early alert to retailers Summit Entertainment has announced plans to bring “Music from the Twilight Saga Soundtracks: Videos and Performances – Volume 1” to Blu-ray Disc on December 4th to coincide with the release of the latest film. The release will include music videos of the songs featured on the motion picture soundtracks for these films as well as live musical performances of those songs. 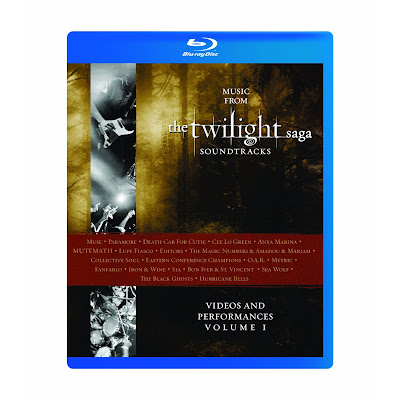 Read the rest of the details and pre-order now. Here's to the next volume having Rob's music in it.