Sofia Coppola talked to MTV about rumors she at one point considered directing Breaking Dawn. She didn't deny it, and had great things to say about Rob and Kristen: 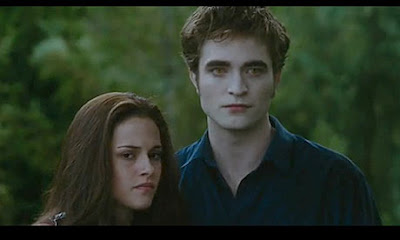 "Yeah, yeah, I talked to them about that," Coppola revealed to MTV News. "I was interested in doing something but I didn't end up doing it. But I love, I'm impressed by Kristen Stewart and Robert Pattinson pulling it off in that whole story," she said. "And my friend's kids love the story so much that I thought it would be fun to make something that they love so much."

Actress Jennifer Lawrence mentioned Rob during an interview with HeraldScotland.com:

“I’m a sucker for all those things. If I know something about the UK, it’s because of Harry Potter,” she says. “And then I got hit by the Twilight train. I think it’s a female thing. There’s some sort of chemical in there.”

In truth it’s a Robert Pattinson thing, the actor who played Cedric Diggory in the fourth Potter film before fronting Twilight. “I was immune to him until I saw Remember Me,” she says. “Now I’m daydreaming about him.”

You can read more on how she says her rise to stardom compares to Rob's at the source.

Email ThisBlogThis!Share to TwitterShare to FacebookShare to Pinterest
Labels: All About Rob, Stars Talk Rob