Brits In Hollywood? Ed Westwick and Rob Have It Covered

Hollywood has been overtaken by men with hot British accents and Ed Westwick doesn't seem to mind that both him and Rob are in the mix. 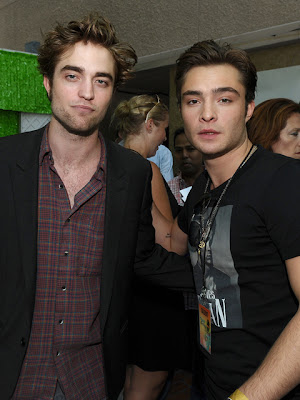 Another day, another tall, dark, handsome Brit in Hollywood? Westwick nods at the reference to English actor Robert Pattinson, who plays dashing vampire Edward Cullen in the Twilight films. Both are narrow-eyed, deep-voiced, chisel-jawed and beguilingly pouty – not that we’ve thought about it much.


‘Yup, there seems to be something going on right now,’ he laughs. ‘I can’t figure it out but we’re definitely representing'.

Check out the rest of Westwick's interview.