Bundle Up: 'Breaking Dawn' Moving To Vancouver In The Dead Of Winter

Production Weekly announced via twitter that production on Breaking Dawn will move from Baton Rouge to Vancouver January 11th. Last week we thought they'd be moving in February, because that was the month listed in an auction for a set visit. But we'll trust Production Weekly on this one. The cast has filmed two Twilight movies in Vancouver, but not in the middle of winter. And while the city could be digging out from a snowstorm like it did two years ago around that time, it could also be downright balmy.. remember last year's Winter Olympics? - So here's our advice: Layers.. lots of them. But we think Rob has that covered :) 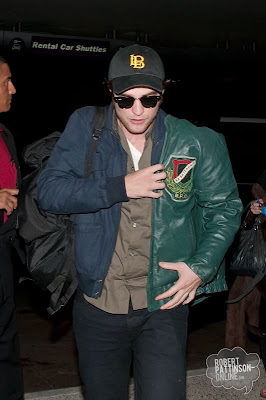