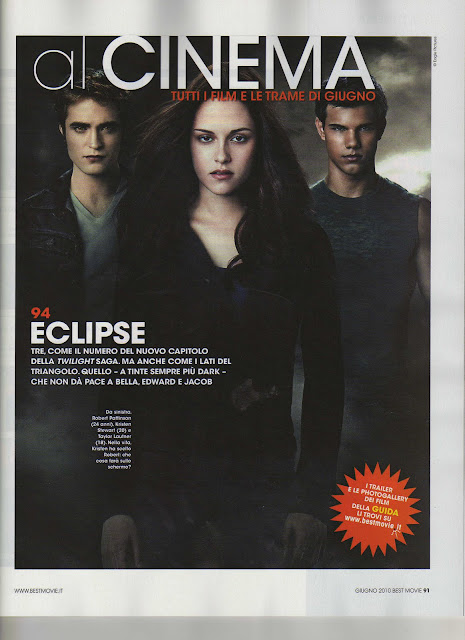 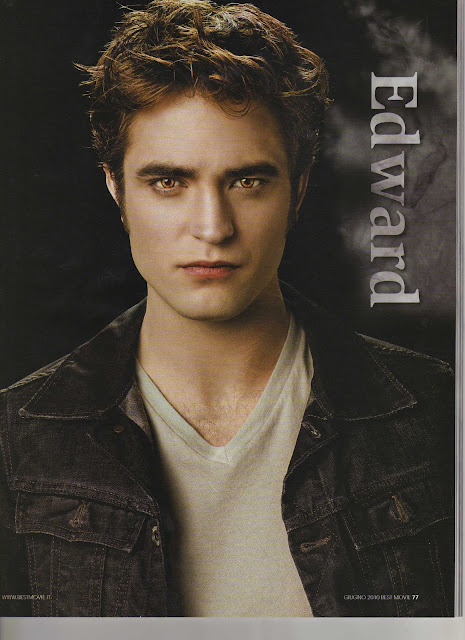 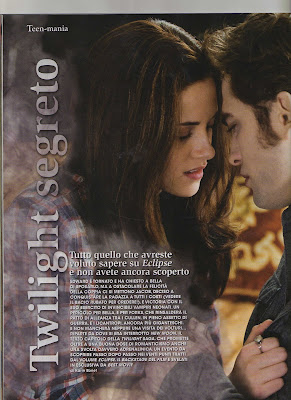 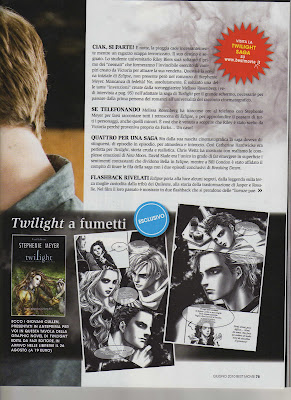 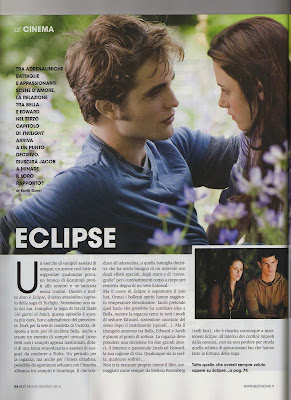 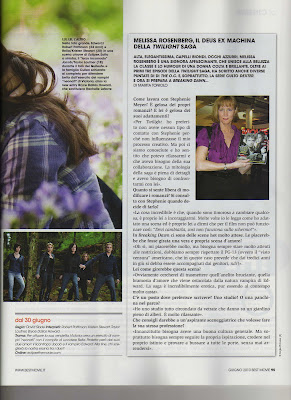 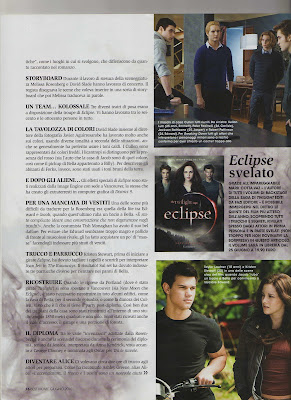 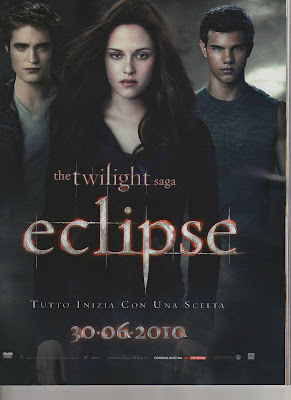 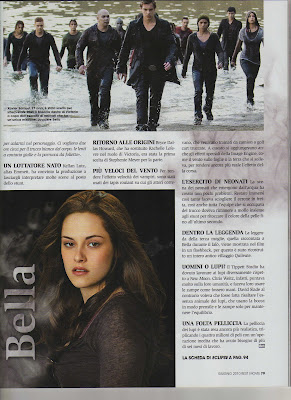 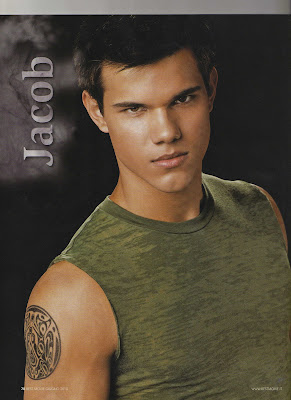 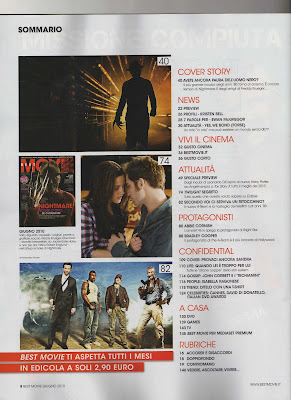 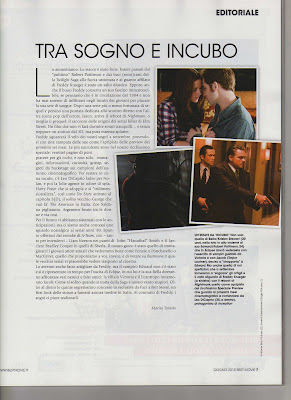 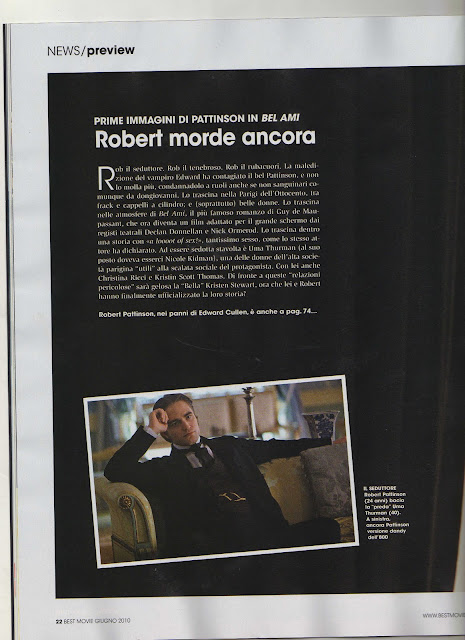 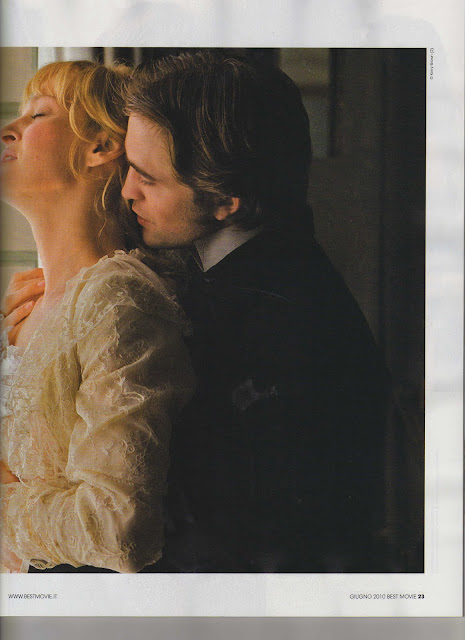 Translation via Source. Thanks MayFrayn!

Ciak, starting! It’s night, the rain is falling unrelentingly while a boy is escaping terrified. His destiny is doomed. University student Riley Bears will be only the first of the newborns that will form the invincible army of vampires, created by Victoria to carry out her revenge. This is the opening scene of Eclipse, that is not actually in the novel by Stephenie Meyer. Lacking of faithfulness? Absolutely not. It is only one of the many “inventions” created by screenwriter Melissa Rosenberg in the adaption of the Twilight Saga for the big screen, necessary to pass from the first person POV of the novels to the universality of the movie story.

Melissa Rosenberg spent hours on the phone with Stephenie Meyer, to be told all the backstages of Eclipse, e to deepen the past of all the characters, even the minor ones. So she discovered that Riley was chosen by Victoria because he came just from Forks…..a coincidence?

Since from its cinematic birth, the Saga had to distinguish itself, from episode to episode, for atmosphere and plot. So Catherine Hardwicke was perfect for Twilight, raw and realistic story. Chris Weitz showed with realism the complex emotions of New Moon. David Slade was the one being able to let come out on the surface the contrasting feelings that split Bella in Eclipse, while the task to sum up the saga with the two final episodes has been committed to Bill Condon.

Eclipse bring to light some secrets, from the legend of the third wife, kept by Quileute tribe, to the story of the transformation of Jasper and Rosalie. In the movie, their past is shown in two flashbacks, that took some poetic licences, such as the places where they were developing, that are different from the ones in the novel.

During the work on the draft of the screenplay, Melissa Rosenberg and David Slade worked together. The director designed the scenes he wanted to introduce in a sort of storyboard, and Melissa translated it in words.

Three different sets were in hand for the Eclipse troupe. 700-800 people in total worked there.

David Slade, together with director of photography Javier Aguirresarobe, worked a lot also on colours, using different shades according to the situations, even if he preferred to use warm colours, generally. Cullens are represented with cold colours. Werewolves distinguish themselves for preponderance of red colour ( both Jacob’s car and house are of that colour, like Bella’s pick up, originally belonged to Billy ). Warm Earth colours, instead, have been used to describe Forks citizens.

Special effects of Eclipse have been realized by Image Engine, with headquarters in Vancouver, the same who created the aliens in CGI for District 9.

One of the most difficult scene to translate for Rosenberg, was the one of the fight between Edward and Jacob, when this last one steals a kiss from Bella. “It was complicated to create a conversation without degenerating into insults!”. Even the costume designer Tish Monaghan have had her hard work. Trying to avoid that Edward looked too thin and pale in front of his muscular rival, gave him more mass putting on him more layers of suits.

Kristen Stewart, before beginning to shoot Eclipse, has to cut off and darken her hair to play Joan Jett in The Runaways. The result? On the set she had to wear three different wigs to enter in Bella’s character.

When the shootings came from Portland ( where Twilight was shoot ) in Vancouver ( both New Moon and Eclipse ), has been necessary to rebuilt totally some buildings, like Bella’s home, for the second movie, or the Cullen’s home, where the post graduation party took place. So two of the three flats of the house have been rebuilt inside a studio of 1850 mq. Even the access drive, the garage and a part of the forest have been recreated.

Among the various “inventions” adopted by Rosenberg, there is also the scene of the speech during the graduation, spoke by Jessica, performed by Anna Kendrick, seen beside George Clooney and nominated to the Oscars for the movie Up in the Air.

The actors needed two hours of make up to be ready. As Ashley Green, alias Alice Cullen, told: “ The hair, the make up and the dresses are a great help to put me in the shoes of the character. Two hours are necessary for the white make up of the body, the yellow contact lenses and the pixie wig”.

Bryce Dallas Howard, who replaced Rachelle Lefevre for the role of Victoria, was originally the first choice of Stephenie Meyer for this role.

To convey the speed effect of the vampires, tapis roulant have been used, pulled by trucks or golf carts, on which the actors have to run. Image Engine also added special effects, like wind on leaves or earth raising, to make even more real the run effect.

The scene with the newborns coming out from the water created many problems. Staying so long in the water make the make up melted, so the entire make up crew must be in the water together with the stunts, to retouch the colour of the skin until the last second.

The legend of the third wife, narrating to Bella during the bonfire, has been shown in the movie with a flashback, for this an entire ancient Quileute village has been rebuilt.

Tippet Studio has to work differently on the wolves compared to New Moon. Chris Weitz, in fact, pointed a lot on their humanity, e made them used their paws like hands. David Slade, on the contrary, wanted to make standing out the animal essence of the wolves, that use their mouth in prehensile way, and the paws only to keeop their balance.

The wolves’ fur has been made more realistic, tripling the four millions of hair with an inedited operation that needed more than 6 months of work.