Robert Pattinson: We Want You!

It seems by now everyone is aware that wherever Rob goes, millions of fans follow. So we don't find it surprising at all that companies name-drop him, hoping to get that kind of attention for themselves. However you'd think they'd double-check his name (error corrected - all is good in the world of Rob) before putting him on a deck of cards. 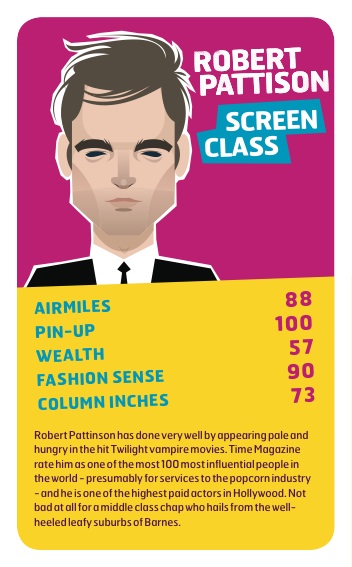 Monarch Airlines released its ‘Class Top Trumps’ deck to celebrate the launch of its new “Build Your Own Class” service. They tell us Rob was rated as a bigger pin up than David Beckham (eat it Beckham), and did you catch the fashion sense rating?.. Très hobo chic. The special edition deck includes 30 high profile people from Cheryl Cole and Russell Brand to Rihanna.. or is it RiAnne?? :p

And while we're on the subject of sneaky advertising, did you catch the Pepsi tweet mentioning the one and only today?

They went on to explain why:

Whether he’s playing Cedric Diggory or Edward Cullen, Pattinson has been a dashing heartthrob that has earned the admiration of his fans – young and young at heart. In 2009, he was even named the most handsome man in the world by Vanity Fair magazine! All of this before he turned 26 years old!

All very complimentary, but as PattinsonStew pointed out.. what we really think they meant is: "We've seen you drink Pepsi before Rob, but now you've switched to Coke. Please come back to us.. Pleeeassseeee!" 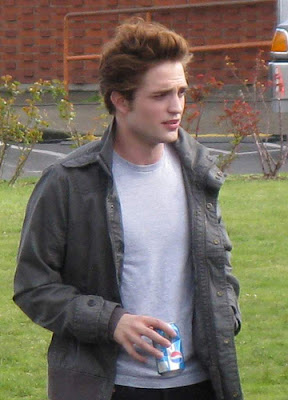 By Remember Me, the reality has started sinking in.. 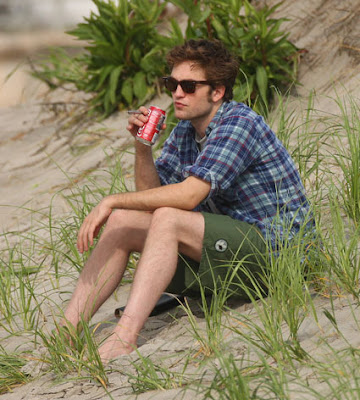 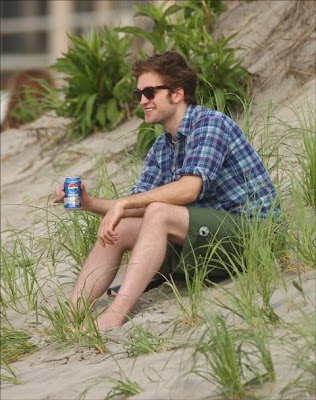 Never mind, his choice was made 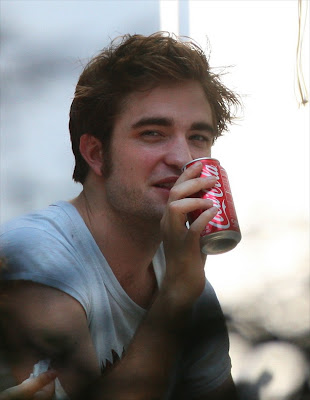 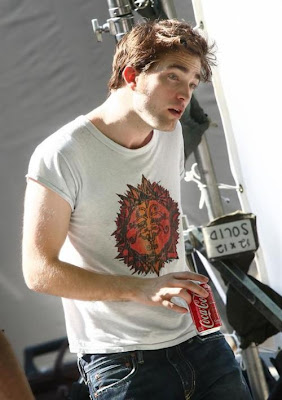 Water for Elephants only solidified their biggest fear. Rob was not only a Coke drinker.. 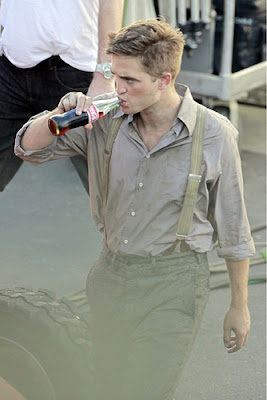 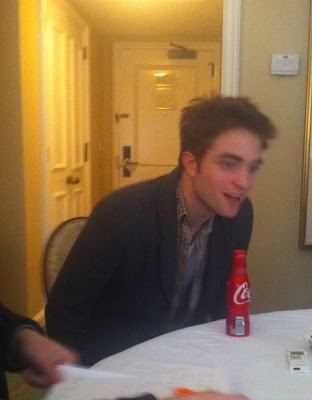 But a Coke Zero one too! 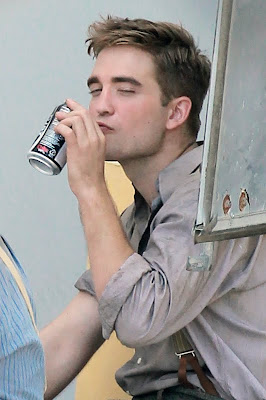 You've got your work cut out for you Pepsi. Godspeed.

Email ThisBlogThis!Share to TwitterShare to FacebookShare to Pinterest
Labels: Creative Ads, Hottest of them all, Oops Moment