'Water For Elephants' Gets Top Billing In China 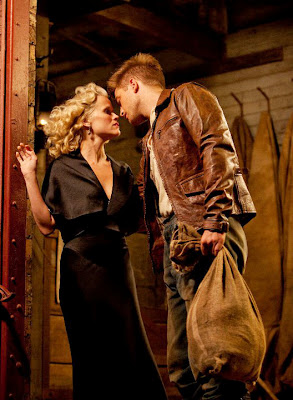 Water for Elephants will open the Shanghai Film Festival this weekend, and plenty of Hollywood A-listers are expected to be there:

The opening ceremony is bound to be a spectacular with over 300 celebrities from home and abroad walking the red carpet.


Among them are media mogul Keith Rupert Murdoch and his wife Wendi Deng; Hollywood star Susan Sarandon, Matt Dillon, and Mischa Barton; director John Woo and Feng Xiaogang; and of course Barry Levinson. Levinson is the president for the seven-member jury for the Golden Goblet Awards.

The Hollywood Reporter shares a few more details on the film's presence at the festival:

Fox and other Hollywood studios are forced by Chinese law to compete for just 20 annual slots granted to imported films whose distributors wish to share in a percentage of the gross their ticket sales generate – this despite strong pressure from a March World Trade Organization ruling deadline demanding that China allow “greater foreign participation” in the distribution of copyrighted cultural content.


The screening will be held at the Shanghai Grand Theater at 6:30 p.m. this Saturday, June 11. There's been no confirmation, on whether any of the stars of the film or the director are expected to attend. We'll keep you posted.