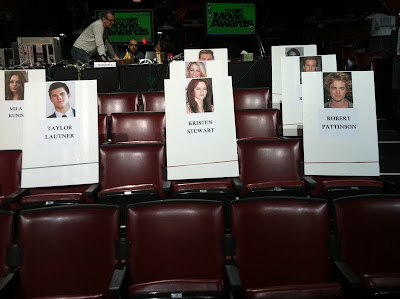 The always Twi-friendly Marc Malkin, shared this first photo of where Rob and the cast will be sitting come Sunday. From our experience attending the show, that usually is a few rows back.. but close enough to the stage for when they sweep those awards (which Marc confirms). However because of that very possible scenario, they really don't spend much time in those seats (remember pink-haired seat-filler girl?) - read more about Marc's chat with host Jason Sudeikis and the 4,000 Twilight jokes he's prepared for the show.


Here's a closer look at the seats, and read the scoop on who decides where the stars sit. 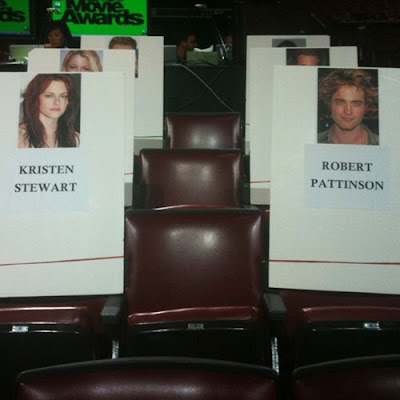 The Seven has a great look behind the scenes and best moments from previous shows (good stuff).

Live look at the red carpet

And from Joshua Horowitz, we got this pre-awards update:

Watch on YouTube
Tags: Movie Trailers, Movies Blog
We can't wait for the jokes, now that Jason seems to be versed on all things Twilight. While we're hoping he can talk Rob into the SNL gig, that might be tricky.. given Rob's hesitation on the matter. Fingers crossed!

Jason was also put to the test, when it came to word association... and Rob. First thing that came to mind: steamy. Oh.. we agree.


Tags:
Movie Trailers, Movies Blog
Finally, MTV gave us a preview of the first act of the show, but also showed a peek of the board, and we think we see Rob presenting Reese her award! - Best kiss right now is scheduled for Act 5, as for the Breaking Dawn clip.. it looks like it will happen in Act 9. At least that's what we think we see :) 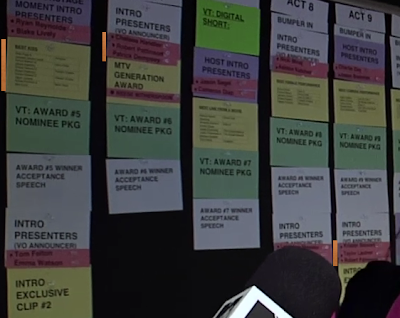 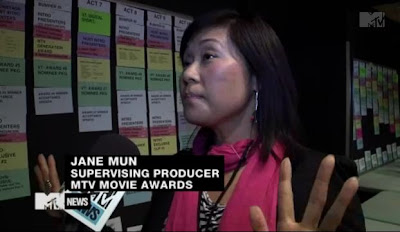