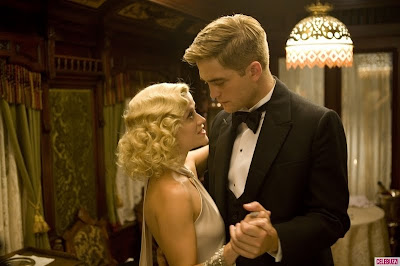 So many articles we don't want you to miss, so we've been doing these Water for Elephants news wraps, to make it easier for you to read. Just click on the links for the full story.

Zap2It continued the post-opening weekend analysis of where Rob goes next in his career. We had much more on that subject yesterday.

There were a couple of interesting articles on the film's wardrobe. MTV continued their series with the scoop on what items Rob and Reese got to take home, once filming ended.

Zappos also had a great on camera interview with costume designer Jacqueline West.

Tai's trainer talked to Arizona Family (TV) about Rob's work with the elephant, he also shared details about the training and much more.

Culture Map had a quirky article tied to the release of Water for Elephants, and involved the foods of the era.. fried squirrel anyone??

Finally one more endorsement for Water for Elephants, coming from the romance novelist extraordinaire herself..

Email ThisBlogThis!Share to TwitterShare to FacebookShare to Pinterest
Labels: News, Water For Elephants