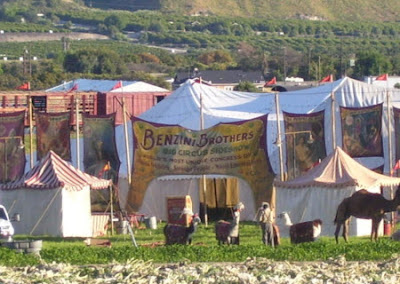 The Ventura County Star has a terrific article on the filming of Water for Elephants. It's filled with details that will hopefully get you ready to enjoy the finished product.

The cluster of fans around the set was larger than what he's used to, said Lawrence, also known for directing the 2007 film "I Am Legend" starring Will Smith.

"It was different because of Rob — there were a lot more people around," he said, referring to the mostly female fans toting cameras who set up camp almost daily near the entrance to the sets hoping to catch a glimpse of, or — gasp! — a wave from, the "Twilight" guy, who causes near hysteria whenever he's spotted in public.

Read the rest at The Ventura County Star.