The Associated Press had a bit of what Rob talked about, during the press conference:

Twilight"-star Robert Pattinson says the highlight of his role in the movie "Water for Elephants" was co-starring with Tai the elephant, but if he could be a circus animal it would be a bear, like the cinnamon roll-fed, vegetarian bear on set.

Pattinson told reporters on Wednesday that "I like the idea of sitting around all day, being a bear and then eating pastries."

Rob saying Water for Elephants in German (video below).. so cute! 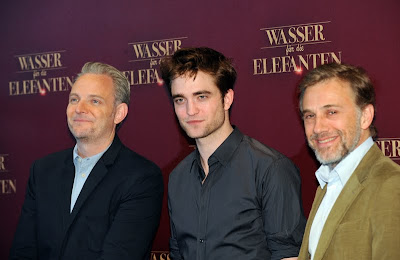 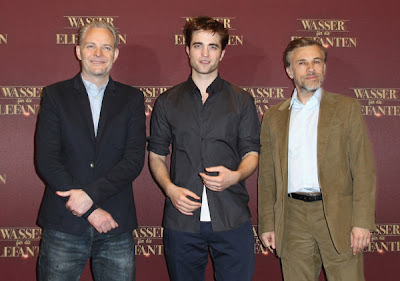 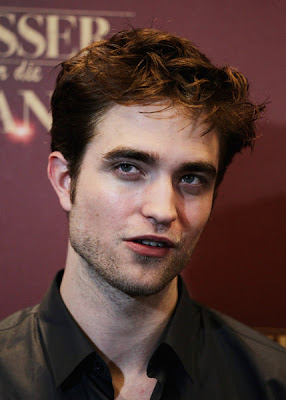 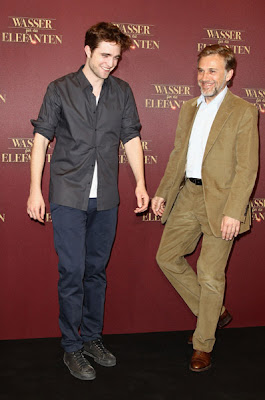 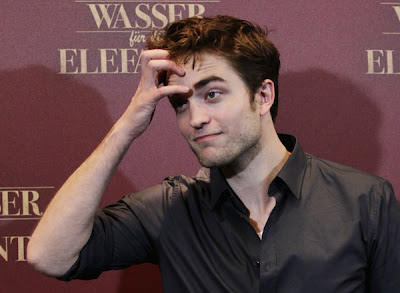