Rob Talks Tai's Many Talents, His Dad's Love For WFE 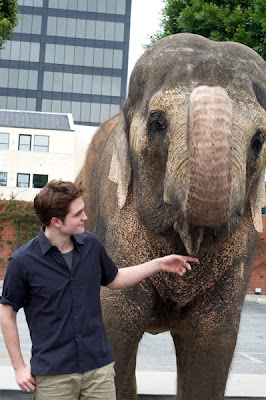 Rob talked to the Chicago Tribune about Water for Elephants, and had the funniest story to tell about Tai:

She does impressions of chickens and stuff. And her general attitude is crazy, but she was also just so calm. She could be in a massive crowd of people … but she just stayed totally calmed, looking quite cheerful all the time. She just needs a bit of hay and that's it.


Read the rest, including what Rob's dad thinks about the film at the Chicago Tribune.