MSN: Rob Gets Raunchy On Web Chat w/Fans (& We Like It) 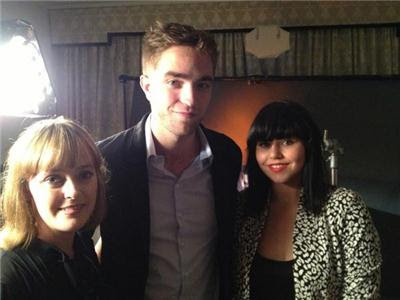 An edited version of the chat with Rob typing dictating some of the answers..


Rob was hilarious in his video chat with MSN. Read what he asked from fans ;)

CLICK HERE (where they later edited out the naked comments) or read below lol..

What will u miss most about the twilight saga now it is over? #msnrob

Lisa Sherman - If you could turn invisible on The Breaking Dawn Premiere Red Carpet what havoc would you cause :)?

Rob: I'd go around pulling down people's pants.

What's the one thing about vampires you would like to have? speed? sight? flawless features?(which you already have!) and why? by the way you are absolutely amazing, i love you and thankyou! ??

Did you think you would be hear today after doing the first Eva twilight? Did you think it would of been as popular and what made you go for the part?

Rob: No I didn't think it would be as popular. But probably Catherine Hardwicke made me want to do it?

Do you feel you are similar to Edward in real life?

Before the fame did you have a bucket list of sorts? That is an idea of a few of the things you really hoped to do or experience in your life above all others? Can you share some? Any you are still waiting anxiously to accomplish?

Rob: I don't think I had a specific list... but, yes. I want to experience one day as a woman.

Teradactyl - OMG You should SO be in the 50 Shades Of Grey movie! Would you consider doing it!?!? BIG love.

Rob: I am playing that part. I also wrote the book.

Emma - If you had to join a boyband, would you rather join One Direction or Westlife?

Rob: Westlife definitely. They're one of my favourite bands.

How does it feel to be a part of the ‘British invasion’, being one of a few globally adored British stars like Adele, One Direction, Emma Watson…?

Rob: I love how they don't include Daniel Radcliffe in that! It's nice, yeah. I like being English.

Rob: I am doing a few more movies next year.

Rob: Can you please start sending me naked pictures? It's never happened... Do it right now. Tweet in #msnrob

Someone sent a picture of two dogs

Rob: I hope you enjoyed this and please don't send any pictures if you're underage!! PS I won't see them anyway. Thanks!