How You Like Them Odds: Casting Experts Talk Rob's Future 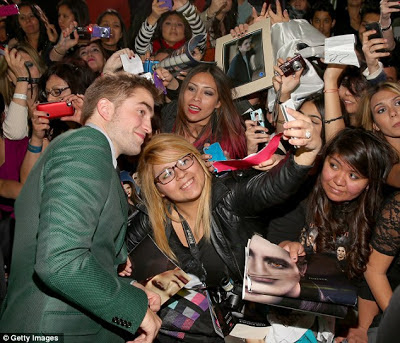 While Twilight may be ending (and yes, we're shattered about that) - Rob has several new films lined up for 2013.  So what are his chances of keeping the fan support going for him?, obviously we know the answer is 100 percent. But since we may also be a little biased, it's good to know experts agree. Check out what they told the Washington Post:

Jones says Pattinson has wisely chosen to parlay his “Twilight” fame to collaborate with serious directors and actors.

“He knows he has a certain box office appeal so the fangirls are going to see him no matter what he’s in,” she said. “People are willing to work with him the first time, they see all this potential he has, then they want to come back and work with him again.”

Constantinescu echoed those thoughts: “He’s the one to watch for additional films down the line,” he said. “We are just scratching the surface with Robert.”

We couldn't agree more, and can't wait for 2013 and all that it will bring. Read the rest of the article for more of what the Hollywood experts had to say.