Fan Asks For A Re-do, Rob More Than Accommodates! 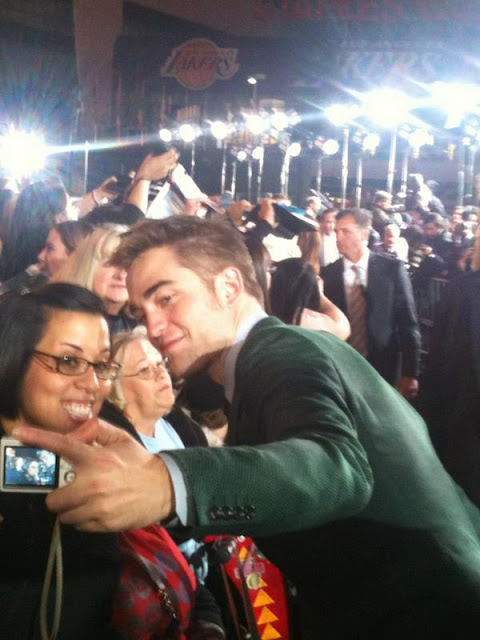 Seeing pictures of Rob with fans always makes us cheer for the ones who are lucky enough to snag them. Such was the case for Yoli Rodriguez, who not only got two pics with Rob at the Breaking Dawn Part 2 premiere, but a really sweet story as well:

My Rob fan encounter was the best because he totally let me do a re-do! You know how when you’re in school and you take a horrible picture that’s just so awful that the photographer lets you retake it? Same premise. Anyhow, I didn’t like my first picture at all. So I pretty much took my chances and asked Rob for a re-do. In typical Rob fashion he was completely on board. I even asked him if he could take the second pic since he had a longer arm spam. Whatever that meant… He thought it was funny and laughed. lol. I tend to get tongue-tied around this guy. Anyhow, here are some pics that go along with my story. Haha 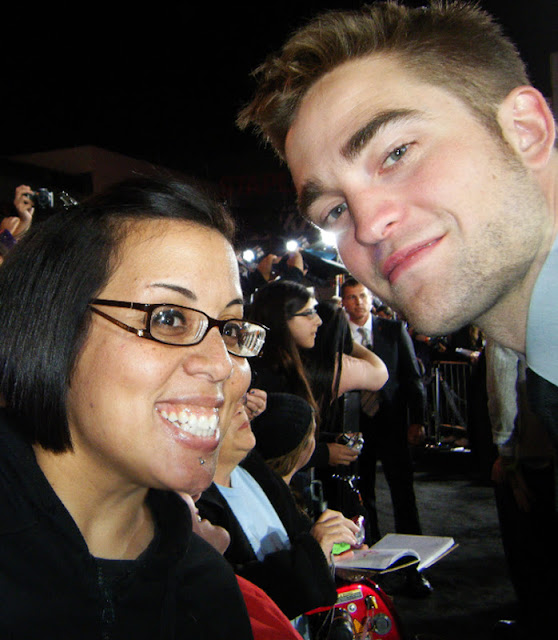 Do you have a story and pics that highlight what a great guy Rob is? - send them to us at robpattznews@gmail.com. Share the Rob love with fans around the world ;)