More Interviews with Rob from Comic-Con

Here are more interviews from Rob at Comic-Con. If you missed anything the links are below.

More from Yahoo at about 1:40 or watch on YouTube

eTalk - watch at the source or below 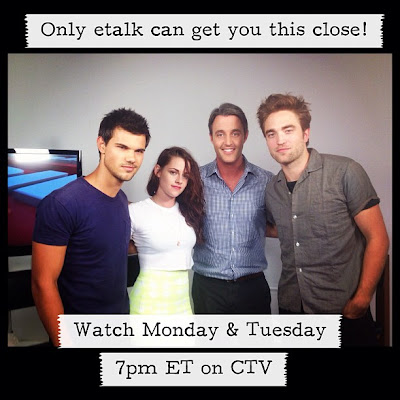 Fox - San Diego - watch at the source or below

Mackenzie Foy talks about Rob and Kristen with Popsugar
Starts at 0:55 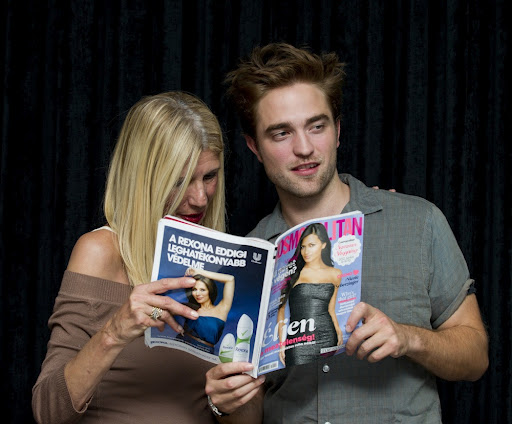 
Hey girls, I met Robert Pattinson recently and as I promised I asked him some of your questions, that were submitted on Cosmopolita.hu's Facebook page! Here are some Rob's answers - and stay tuned because there is more to come!


How do you see each other with Kristen: have you changed since the shooting of the first Twilight movie, if yes then in what aspect?

Rob: She didn't change much, she just got older. She always had the necessary self-confidence, a lot of people just didn't notice that at the beginning. The only change I noticed is the fashion...When we first met fashion wasn't really in the picture, she wasn't exactly obsessed with it, it wasn't like she couldn't miss the Paris Fashion Week. So I didn't expect this. These days everyone's talking about how much she's changed...and I don't think she changed at all. Even when we were shooting the first Twilight movie she argued with the director, the producers and told them exactly what she wanted to do. She always had balls.

Is it more difficult or easier to play a couple on-screen when you are together off-screen too?

Rob: It doesn't mean anything. Okay, it doesn't hurt that we like each other. But there are times when two actors hate each other and still can work together perfectly. What you see on the screen is a lot of times totally different from the real life. Of course it's not ideal, if you hate each other. But your relationship doesn't matter anyway, it's neither an advantage nor a disadvantage because the two have nothing to do with each other. 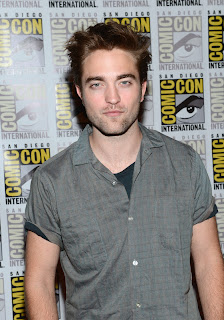 Now that it’s the last Twilight appearance at Comic-Con, Robert Pattinson told EW he realized he would like to come back someday and experience it as an attendee (in costume, of course). “I’d love it,” he says. “Maybe a Darth Vader mask or something.”

The question first came up at the Breaking Dawn –Part 2 panel when an audience member asked Pattinson and Stewart what villain they’d choose to dress up as if they came to Comic-Con for fun. Stewart, with a sly smile, said the Evil Queen — a nod to her co-star in Snow White and the Huntsman. Pattinson named Zod.

“I can’t believe I said Zod,” Pattinson said a couple of hours later, relaxing in a much-quieter-than-Hall-H hotel room. “He’s the bad guy from Superman II. I actually have no idea why I said him. I just remember, ‘Kneel before Zod‘. Now that’s been stuck in my head all day.” The actor estimates that he probably last saw Superman II when he was 9-years-old.

Lautner, who did not get to answer the question during the panel, chose a good guy rather than a bad. “I would love to dress up as Iron Man,” he said. “I would also really like to get a suit that has a jet pack.”

Rob's Comic Con interview with On The Red Carpet
Watch below or at the source.

Another Rob Interview with MTV 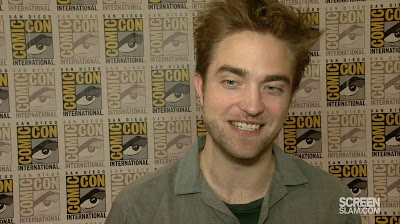 Mackenzie Foy talks about working with Rob and Kristen.

See more interviews after the jump


Rob and Breaking Dawn Cast Interviews with MaximoTV
Starts at 0:50


Rob and Cast Interview with ET Online. YouTube or watch at ET Online