Author Rules Out Rob & Kristen For 'Fifty Shades of Grey' 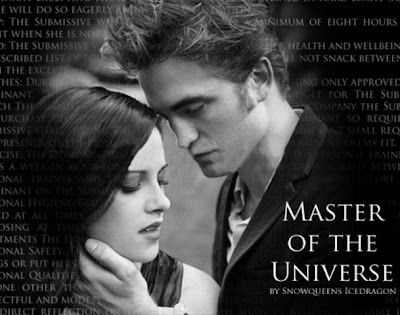 You didn't really think that was gonna happen right?

E.L. James now officially talking about not casting Rob and Kristen for Fifty Shades of Grey (which started as Master of the Universe in the fan fiction world) and finding her inspiration in Twilight:

How closely inspired were you by the characters in the Twilight books and the performances of Rob & Kristen?


The characters grew; they started that way and developed into completely their own people. It was fascinating getting to know them and know them very well. I didn’t see an outline straight away; I had no idea where these books were going to go. I just went with them. As I go to know them they grew a life of their own.

There been some suggestions that Robert Pattinson and Kristen Stewart could play Christian and Anna, how would you feel about seeing them in Fifty Shades of Grey?

I think it would be too strange ! It would just be .. Uggh weird!

Read the rest, including how many people she already has in mind to play her main characters. We can't wait to hear who ends up with these juicy roles. Plus, like Lucerne28 told us on twitter:


Don't think either Rob or Kristen are crying tears over this.