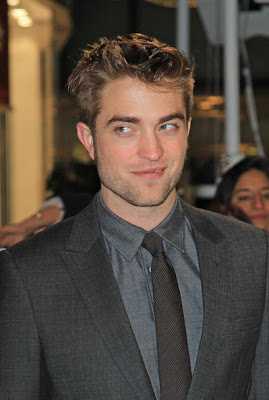 Reuters says Rob is now #3 in Heat magazine's list of richest celebrities under 30:

Robert Pattinson, lead actor of the rival fantasy film franchise "Twilight," moved up to third from fifth and leapfrogged two of Radcliffe's Potter co-stars, Emma Watson and Rupert Grint, according to the celebrity magazine.
Actress Keira Knightley, who starred in several of the "Pirates of the Caribbean" movies, remained second on the chart, while singer Adele was the highest new entry at 16.


So exactly how much is Rob worth? a cool $38.5 million dollars according to Heat magazine. Read the breakdown at Reuters.

Email ThisBlogThis!Share to TwitterShare to FacebookShare to Pinterest
Labels: All About Rob, Money Train, Twilight